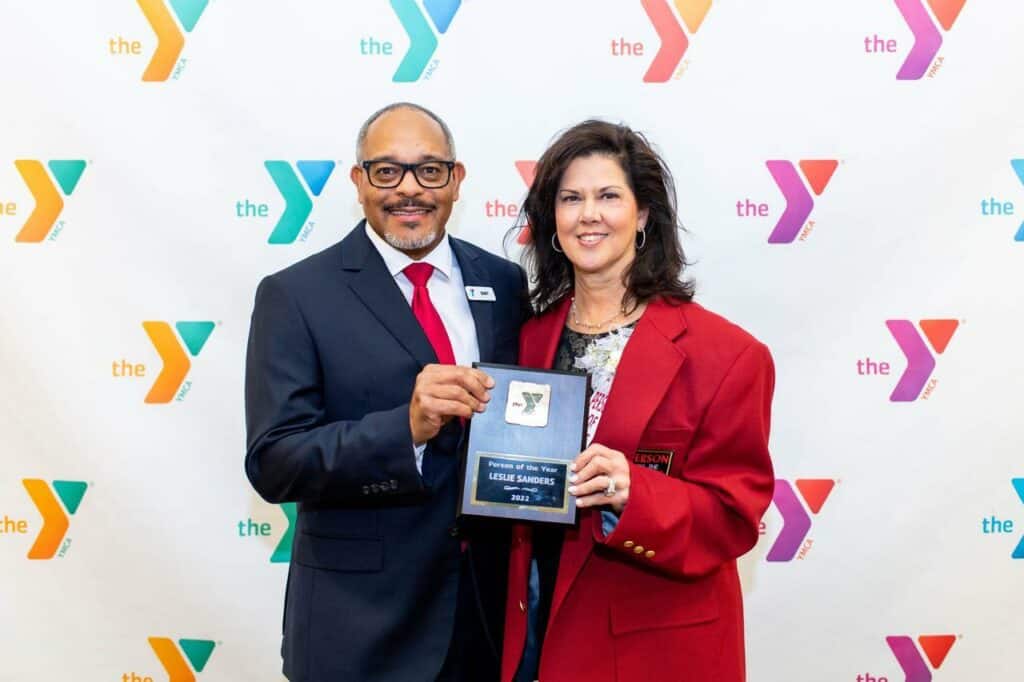 Leslie Sanders was named the 2022 YMCA Person of the Year. Leslie Sanders is the Vice President of the Alabama Power Southern Division. Sanders is responsible for the company’s external and community development activities in parts of 19 counties in south central Alabama, including Montgomery.

For 71 years, teens of the Montgomery Student YMCAs have shown theirappreciation to the men and women dedicated to serving youth in thecommunity by planning and executing the YMCA’s Person of the Year annualprogram held on the first Monday of December at Trinity Presbyterian Church. At the banquet, students pay tribute to the nominees, one of whom is selected as Person of the Year.

This year’s program was co-chaired by Brooke Bender, of St. James School and Kareena Singh, of The Montgomery Academy. The featured guest speaker was Nancy Dennis, The YMCA of Greater Montgomery’s 2021 Person of the Year.

Try the Y with our 3 Month Introductory OFFER!

a 3 month trial membership! No join fee! Save up to $130.
Limited Time January Offer.

For 3 months enjoy all the y has to offer